Support Spadina Chinatown
Contact US
Long Time
No See
Send us YOUR stories and photos
of Spadina Chinatown
Learn More
Chinatown is again facing a period of change and uncertainty with businesses battered by COVID lockdowns, with Anti-Asian Racism and with development pressures in Toronto’s over-heated property market.  Some of us got together hoping to put a face to our community to show what and where in Chinatown we work, shop, eat and love.

Chinatown needs your support Now! We invite you to send us your stories of Chinatown, your selfies, your old family photos. These will be displayed in a public art exhibition on various locations around Spadina & Dundas in Aug 2021. We hope to celebrate the faces of our diverse Chinatown community, and to say to you all, "冇見好耐" in person this summer!

The Public Exhibition launched Aug 21st 2021, and will be up until Sept 5th 2021. A map with all the exhibition sites can be downloaded on the EVENTS page

"Moh Gihn Ho Noi,”  (didn’t meet you for such a long time), translated into pidgin English became  "long time no see.”  This expression comes from the earliest Chinese sojourners and settlers who came from the four counties in the Toisan region.   In the 1850’s American and British contractors began bringing Chinese men over to the North American west coast to use as cheap labour.  The seaports in the south of China, far away from the eyes of Beijing, allowed people living in the Toisan area, poverty stricken at the time, the opportunity to find work to support their families.

For well over 100 years Toisan was the language of North American Chinatowns.  Many of the “loh wah kiew” (old overseas Chinese), in creating and sustaining “Chinatown", experienced social, emotional and financial hardship in Canada, suffering the early riots and looting, displacement and discriminatory laws passed by our government specifically targeting the Chinese, which has an even longer history passing laws targeting Indigenous peoples.

Over the years Chinatown has been a place of refuge for all kinds of people, pushed out of or made to feel unwelcome in other places. “Long Time No See” takes place in downtown Chinatown, also referred to as Dundas Spadina Chinatown.  Spadina, from the Ojibwe “Ishpadinaa,” has been an Indigenous trading network and place to gather for thousands of years, reminding us that we are guests on this land.   Many Chinese children grew up being told to be “haak hei” when visiting someone’s home.  “Haak hei,” often involving polite manners and bearing gifts, is a way to show respect to the hosts by being thoughtful and gracious guests.   How can we, as individuals and collectively, be better guests on this land?  How will we support Indigenous rights?­

After multiple lockdowns and losses due to the Covid 19 pandemic, “Long Time No See - Moh Gihn Ho Noi” seems like a poignant moment of encounter.  It can refer to recognizing one another’s faces after being masked for so long or recognizing the face of Chinatown, an old friend we may not have truly seen or looked at for awhile.  This project is just a beginning, a beginning to build relations among people who care about Chinatown.  We hope it can lead to learning more about each other, honouring story and memory, and to building a more equitable community with shared responsibilities to this land and the Indigenous peoples of this land. 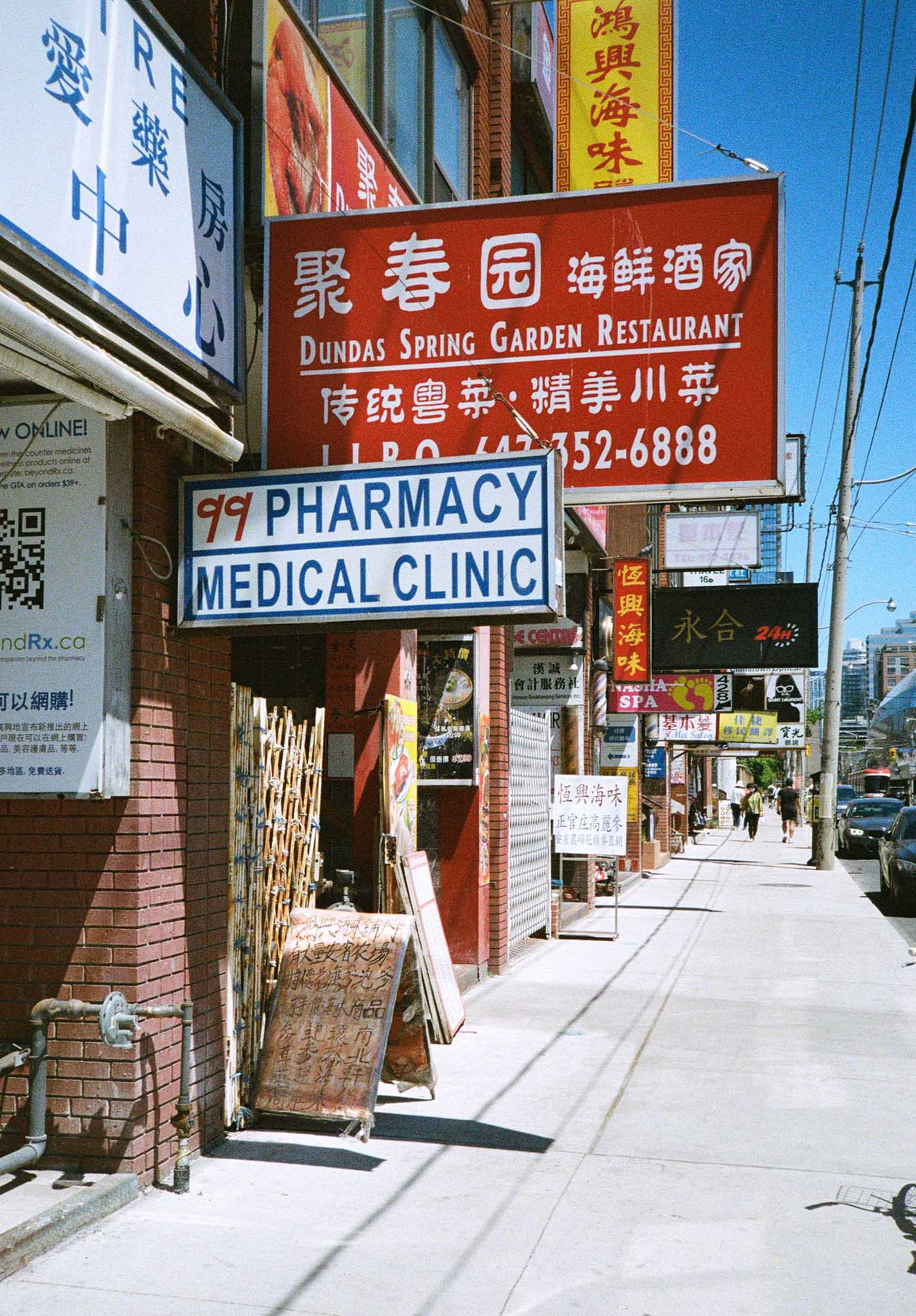 My mother spent her early years in our ancestral village, then, orphaned with her sisters, on the run for thirteen war torn years before she could return to her country of birth, Canada.  Later, our family moved to a WASPy suburb, where there was little to reflect my mother’s life or her humanity.

My mother took the bus, subway and streetcar, to get to Chinatown.   I recall my mother bumping into old friends and saying, “Moh Gihn Ho Noi” and as they chatted mom would express what it meant to her to “gihn mehn,”  (see her friend’s face).  There was such a depth of feeling that, today when I think of it, there was a sense of “I am so glad that you are alive and I am alive and we are here standing face to face”. 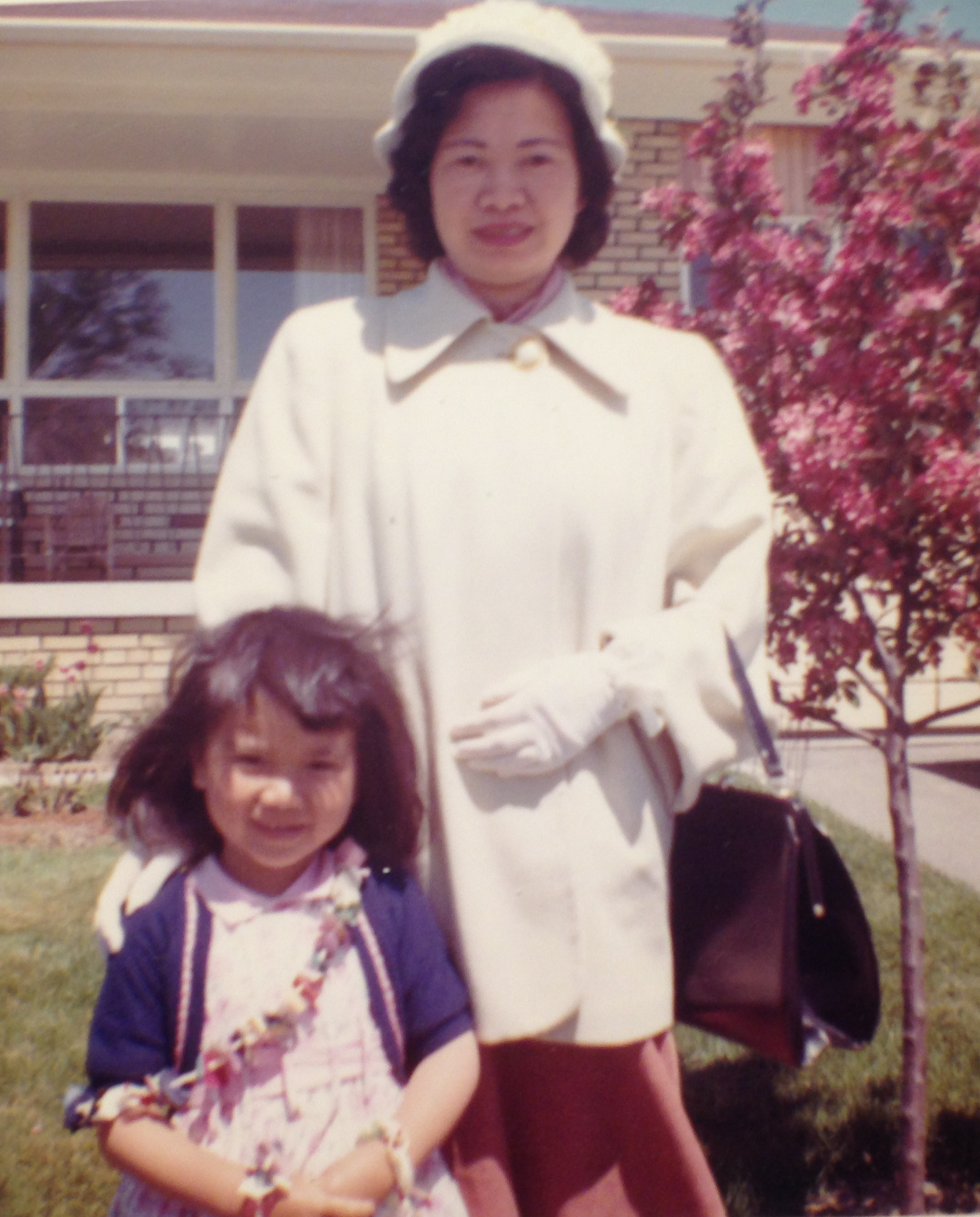 Send us your photos and your stories about Chinatown!
Update: Submissions are now closed!

Speak a second language? Want to help us with installation, printing or promotion? We'd love to get you involved!

We're a small artist collective funding this project ourselves. Support us by donating, or sharing materials!